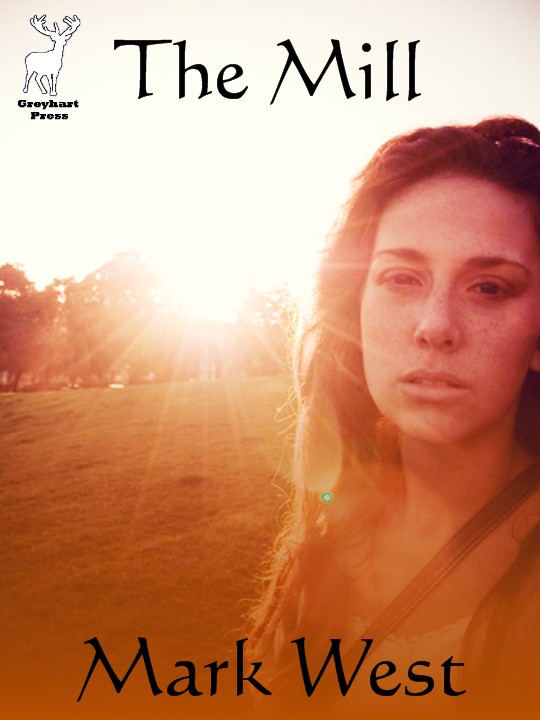 This interview takes place in the Jekyll & Hyde pub which is the Abominable Gentlemen's local (no matter where you live, it's your local, too) so the first question we are asking Mark West is: What are you drinking?

I would be drinking something soft (I’m teetotal) and whilst my choice would be Coke, my new get-fit-regime would dictate that it should be diet, or zero. I haven’t drunk alcohol in years, the only time I was tempted was seeing Kylie as the Absinthe Fairy in “Moulin Rouge”. Actually no, maybe it wasn’t being tempted to drink…

Introduce yourself - as writers, we often get asked for boring factual author bios. If you could write an author bio unconstrained by the boundaries of reality and truth, what would it say?

Mark West is a lazy git, who spends all of his time thinking and talking about writing, then actually spends about five minutes a day doing it. Sometimes, he would rather re-sort his bookshelves, do the hoovering or sort the whites and dark colours into separate washing piles than actually do any writing.

If you had a Mister Hyde style alter-ego what would he/she be called and why?

I already have - he’s called Pete and he writes stuff that I, as a family man, would never dare to!

'Literary horror' - oxymoron or your bread & butter as a writer?

I’m a big fan of literary fiction, in that I love to read it but find it difficult to write - my tastes seem much more simple than the pared back style required. Having said that, horror is a very wide spectrum, even if you don’t class it as literary or otherwise - you have the beautiful, quiet horror of Charles Grant, the in-your-face stuff (such as early Clive Barker, which I would argue is actually literary) and all points in between.


The Penny Dreadnought art features people-with-telescopes-for-eyes. What low-tech body adornment or extension would you like?

As a kid in the 70s, I was always impressed with Steve Austin’s accoutrements, so I’ll go with either bionic legs or the bionic eye (and I can argue that it’d be low-tech because, hey, he only cost $6m!

If you could make any one person - alive or dead, male or female, real or fictional - an honorary Abominable Gentleman, who would it be and why?

My son Matthew, because he’s the coolest Dude I know.

Let's bitch - we partially came up with the idea of Penny Dreadnought in reaction to a lot of the 'sparkly vampire' school of supernatural writing. What about writing or publishing today makes you want to scream?

Wow, that’s a wide canvas. My main ‘I’m-gonna-scream’ would be people expecting overnight success, without paying any of their dues. When I first started getting published, around 1999, there were plenty of print small press zines out there (in fact, it’s where I first came across a lot of writers I’m now friends with). You sent in your stories, you read the zines, you talked, you worked and - hopefully - you improved. You could self-publish, of course, but it was expensive and the results often looked poor, so instead, everything went through an editing process. Now we have dingbats who write a story (and leave it in first draft), slap on some terrible cover art with unreadable fonts, spam every possible Facebook group and messageboard and Twitter feed and then complain that they’re not being treated as ‘special’. The horror boom in the 70s and 80s, in traditional print, brought the genre to its knees (looks like Fifty Shades is going to do that for erotica) and we’re still dragging ourselves out of the mess. A lot of these writers have no real love or desire for the genre, it’s seen as easy (strip that girl down to her undies and chop this other girls head off!) and that nobody will care if it’s rough and ready. Not true, on any count. I don’t have an issue with self-publishing (it can be done very well and for examples of that I’d point to Colin F Barnes and Greg James, who writes as G R Yeates), I don’t have an issue with people learning the ropes (hey, we were all there once), I have an issue with our “I want it now” culture, where people think that literary success is deserved and just around the corner.

The sparkly vampires thing is something I definitely rail against, though you have to be careful that it’s not just a case of you not liking something that other people do (I, for instance, hate The X Factor but a lot of people apparently not only like it, but buy into its crass lies and spend money on the phone calls and CDs). Having said that, they are responsible for taking a sleazy, horrible, venal character and making them into moping idiots - consider Sonja Blue against one of the twerps from Twilight - she’d kill him as soon as look at him.

Be honest - despite being a seasoned horror pro, are you actually confident you can pronounce 'Cthulhu' correctly in public?

Not at all. I’ve always thought I was a bit of a social pariah, in that I have no real idea, so it’s nice to realise I’m not - thanks for the question. I always pronounce it as it’s written - Cuh-thoo-loo”, which is probably wrong. In fact, I’ve probably been involved in countless conversations at Cons where people have been discussing him and I just didn’t understand what they were talking about!

What's the most abominable thing you've done that you want to reveal to the internet at large?

Well, I’ve never discussed this with anyone else at all but once I…..  (nah, can’t tell you!)

The third issue of Penny Dreadnought is about the world ending. What's your favourite literary apocalypse?

I have to be honest, I’m not a big fan of apocalyptic fiction as it plays on fears I’ve had since my teens (I watched Threads as a teenager, which wasn’t the smartest thing I ever did), but “The Stand” worked well for me. I enjoyed a lot of the Abaddon zombie series (such as Gary McMahon’s “Hungry Hearts”) and I’ve just critiqued an apocalyptic novel for Simon Bestwick, which is very, very good.

Aliens are threatening to destroy the human race unless we can prove we are civilised enough to live. However they are short of time, and out of the entire cultural repository of the world to date, they want a single short story of your to prove we are worth not vaporising. Which story do you pick and why?

I would probably go for “The Mill” because, although it’s a ghost story, it’s really about grief and guilt and dealing with bereavement. I think it does have its scary moments - and it’s supposed to have - but it’s really about human emotions and how people deal with one another at those points in your life where you’re one step from the darkest abyss you’ve ever experienced. By showing the aliens that there is hope, even if it’s in the supernatural, hopefully they wouldn’t phase us!
Posted by James Everington at 12:25 PM